There is no question of quality.
An ageless attribute

Despite the prevailing globalization, Gallura is still today a treasure trove of genuine and typical food and wine products that have their roots in history: among them, olives and oil. Olive cultivation has always found favorable soil and climatic conditions in Gallura, as evidenced by the current landscape embellished with thousands of olive trees. Remains of oil jars from the necropolises of Olbia and other Punic sites in southern Sardinia, show how Sardinians made use of oil and were familiar with the cultivation of olives in the Phoenician-Punic period. However, over the centuries the latter never assumed a wider dimension than for strict family use, at least until the end of the 19th century, when cultivation began to be practiced in more rational forms with the grafting of the numerous olive trees still present today.

The oil produced in Gallura is an extra virgin with different fruity intensities, with smells hinting of artichoke and freshly cut grass Initially it is sweet and tastes of dandelion, finishing off with a taste that is bitter and pleasantly spicy: this is the characteristic of the oil obtained from the Bosana cultivar olive, which constitutes 90% of the Gallura olive-growing heritage and gives the oil exceptional organoleptic and health characteristics.

Do you want to know more about the characteristics of Gallura Oil and its uses in the kitchen?

Fruity, pleasantly bitter and spicy, with hints of freshly cut grass and artichoke, rich in antioxidant and anti-inflammatory substances. Multiple uses in the kitchen: from tasty bruschetta to salads, excellent to accompany meats and fish and to flavour sauces. 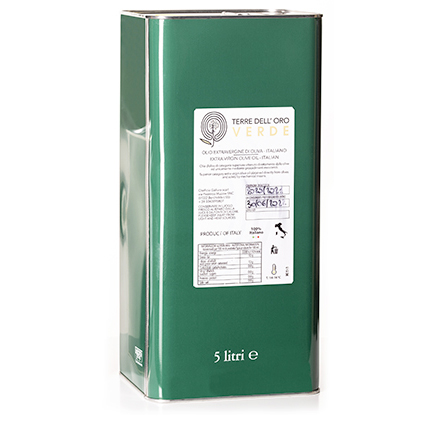